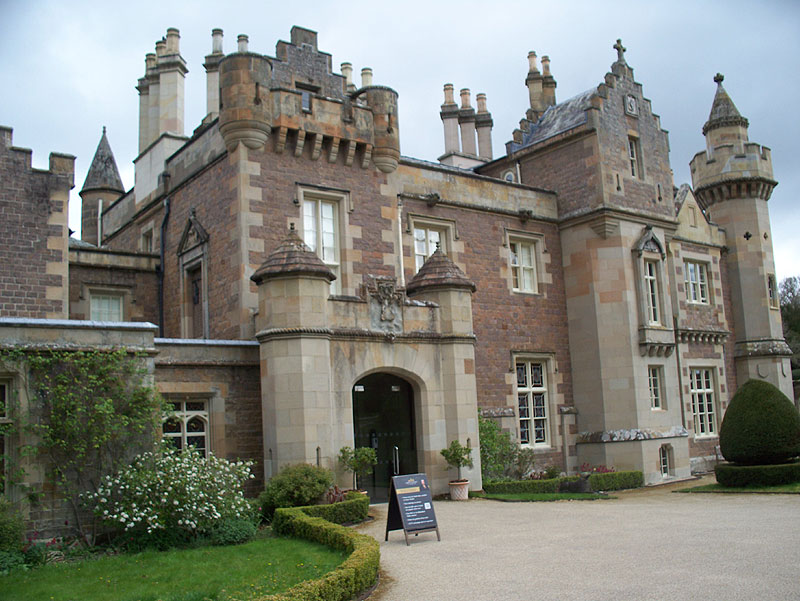 Privately Owned
Abbotsford was the home of famous Scottish author Sir Walter Scott. Scott bought a run-down farm in 1811 and by 1819 had added various elements of the present building in a Scots Baronial style. The house contains various pieces of architectural salvage incorporated into the structure. Scott died in 1832, and his heirs extended the house in the 1850s, doubling its size, to provide additional accommodation while preserving Scott’s rooms as a museum. The extension also includes a chapel, which is open to visitors. The house recently underwent a lengthy restoration, re-opening in 2013.
Notable rooms include the entrance hall, study, library, drawing room, armoury, dining room, and ante-room. Little remains of the original decoration scheme for the dining room. Otherwise the decoration and contents of the rooms are more or less original.
The study and library contain Scott’s collection of 9000 books, many of which he used to research for his novels.
A modern cafe, shop and exhibition building stands between car park and house. Around the house are walled gardens and woodland and river walks. The ruins below the house, next to a car park, are the original stables. 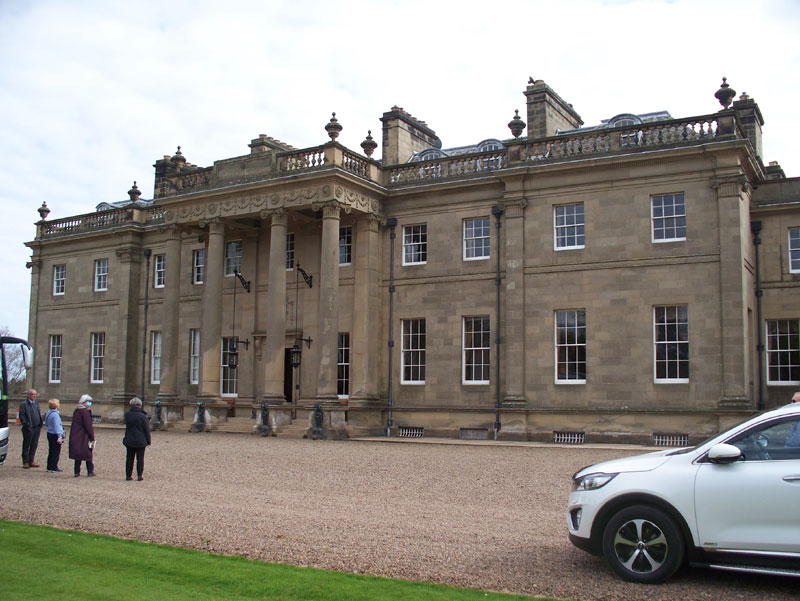 Though Manderston House looks Georgian, it was built in 1901-1906 as a remodelling of an earlier house on the site.  The north front was completely renewed, a new bachelor’s wing added and other parts converted. The architect was told that the cost ‘simply didn’t matter’.  The interior designs are inspired by Robert Adams’ work at Kedleston.  Downstairs a number of elegantly furnished rooms are on show, including the outer hall, dining room, hall, library, ball-room, drawing room and various ante-rooms.  The main staircase has silver-plated brass banisters which required a lot of polishing – now done by volunteers.

The upstairs rooms were closed on my visit, but the basement, which is almost unchanged, was on view.  The housekeeper’s room, servant’s hall, manservant’s bedroom, kitchen and scullery were all finished to an unusually high standard. The kitchen has an island cooker with hidden under-floor flue.

The house was filmed for the TV series ‘The Edwardian House’ aka ‘The Manor House’ broadcast by Channel 4 in 2004.

Outside, a disused service wing can be seen attached to the house, screened by trees.  Further away are the impressive Stables, and a marble diary with tower and staff housing (not seen).  There are also various formal and informal gardens and a boathouse (not seen).