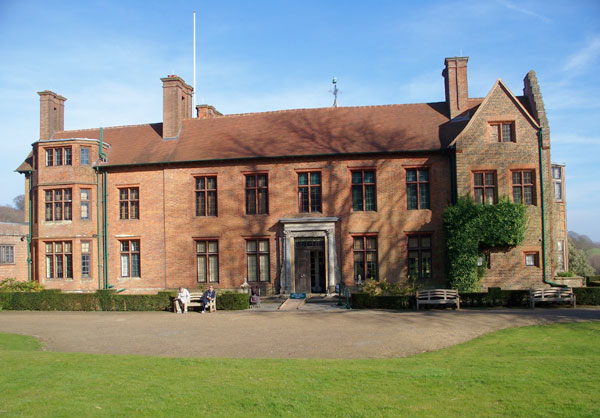 National Trust
Chartwell was the country home of British prime minister and war leader Sir Winston Churchill.
The site of Chartwell was built on from the 16th century, but the present house originated in the Victorian period. It was a brick Victorian house of no architectural merit, but Churchill bought it for its position and the views. It was transformed and extended by the architect Philip Tilden in a vernacular style of the kind made popular by Lutyens. In 1938 it had 5 reception rooms, 19 bed and dressing rooms, 8 bathrooms, and was set in 80 acres of grounds.

A tour of the house takes well under an hour, and it has to be said that the main interest is the Churchill connection. Rooms are displayed as they were in Churchill’s time, or contain exhibitions. Various rooms contain some of Churchill’s books. He owned many thousands of books, and made a living as a writer and historian. His histories of Marlborough, and of the English Speaking Peoples, of the Second World War etc. are still worth reading today. Volumes of his work can be seen shelved around the house. Many of Churchill’s own paintings are also on display. His art may not be to all tastes, but he was regarded as a serious artist. Below the principal ground floor is a lower floor that looks out onto the lakes. The kitchen on this level is preserved as it was in the 1930’s.

The grounds are very extensive, and contain formal gardens, lakes, woods, a swimming pool, a walled garden with a wall part built by Churchill, and some cottages with Churchill’s art studio.

Access is along narrow roads. The car park is of only moderate size, and when I visited on a March afternoon, it was full.