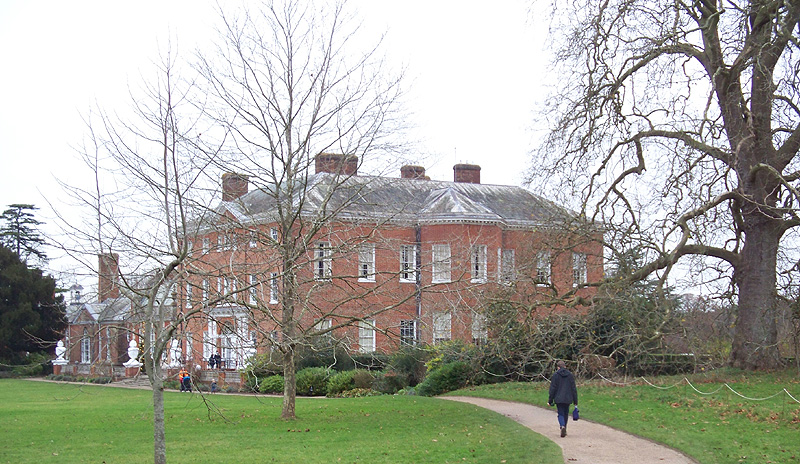 The Hatchlands estate has passed through various hands. The present house is mostly as built in the 18th century for Admiral Boscawen and his wife. Boscawen died of a fever soon after his retirement, and his widow sold the house after a few years. The next owners, the Sumners, are responsible for the present parkland. The following owners, the Rendels, made some alterations and eventually presented the house to the National Trust in 1945. At this point the house was empty.  After various tenancies, the house was offered to artist and collector Alec Cobbe with the suggestion that he fill it with his family’s collection of musical instruments, furniture and pictures.

The interior has been redecorated and now contains a collection of grand pianos and harpsicords, and a large number of pictures, as well as some casts of classical sculptures.  All the instruments are kept in playable condition and there are occasional recitals. Guide leaflets for the pictures and instruments are available, and it would be worth taking round the (rather expensive) house guidebook rather than reading it afterwards.

In the grounds there are some walks and patches of woodland. There was no NT shop, seemingly a casualty of Covid19.