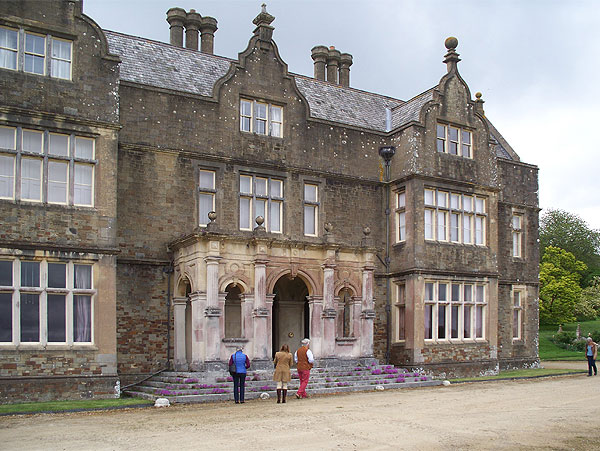 Unusually, the name of this property is just ‘Hall’. I visited Hall under the ‘Invitation to View’ scheme.  The present house was built in the Victorian period on the site of two earlier houses.  Only ground floor rooms are open to visitors and these have some interesting contents, including some carved wood panels from one of the earlier houses.  At the back of the house is the service or North wing, unused since the 1940’s and mostly in a derelict condition. The tour concludes in the impressive Great Hall, of medieval appearance but built as the last phase of the house construction.

Most of the numerous outbuildings predate the house. There are walled gardens, one of which once contained heated greenhouses. A medieval barn remains in a perilous condition and there is in interesting granary raised on pillars to deter vermin.