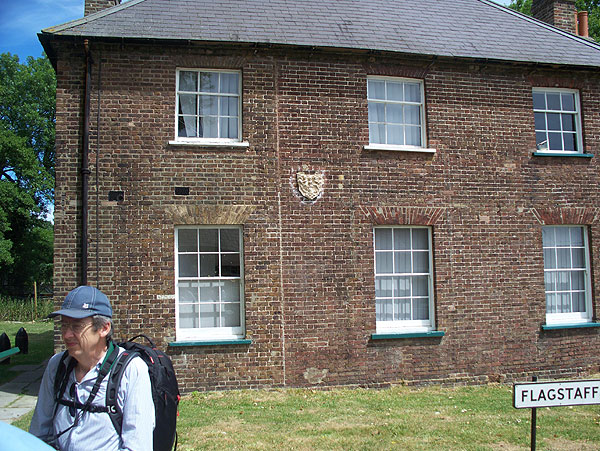 Gunpowder has been manufactured on this site at Waltham Abbey from the time of Charles II and probably earlier. The site was purchased by the government in 1787 and incorporated as the Royal Gunpowder Mills. It manufactured increasing quantities of gunpowder, cordite and other explosives. After WWII it became the Explosives Research and Development Department, ERDE. The site was closed by the Ministry of Defence in 1991 and all valuable materials on the site were scrapped, and old records destroyed.
More recently, the site has been taken over by a charitable trust which preserves and displays the remains and also the natural history on the site. It is regularly opened to the public.
I visited the site as part of the ‘Invitation to View’ scheme of a date when the site was not opened to the general public. The visit comprised an introductory talk, a 2.5 hour walking tour and finally tea, sandwiches and cakes.
The walking tour included parts of the site not open to the general public (The public get instead a land-train tour of shorter duration).
The site is about a mile in length. The tour includes some intriguing brick and concrete structures, much greenery, a barge formerly used for transporting gunpowder, and a pond. It returns along the line of the later buildings used for making cordite. These contained beam engines (now missing) powering grindstones (now missing, but there is a replica in the last hut).
We did not visit every building (and not the film show).
Despite the length of the tour, there was not time to look at everything at leisure. 2.5 hours felt long enough on one’s feet, so anyone going on the ‘Invitation to View’ tour might want to factor in a follow-up visit on another date.
Overall, I’d rate this site as ‘interesting’ rather than ‘wow’. Worth a visit if you are interested in the subject.