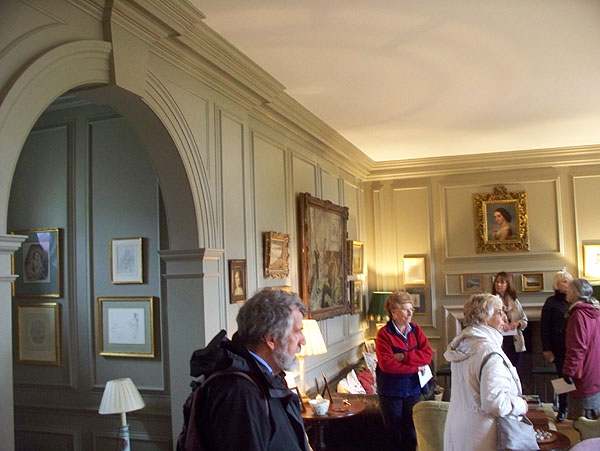 Invitation to View
I visited Shilstone under the ‘Invitation to View’ scheme. Unusually for ITV, the visit was hosted by the Devon Rural Archive who are based in the adjoining outbuildings, and not by the house owners, the Fenwicks. Shilstone also trades as a wedding venue, so if you want exterior pictures, go to the Shilstone House website.
The Fenwicks bought a Grade II listed farmhouse on the site and rebuilt it, preserving the most intact wing and reconstructing the remainder, which was ruinous or non-existent. The result looks from the outside like a complete period building, but inside looks like a modern replica (which is what it is).
Some wings are two storey, and others (with lower ceilings) three storey, and the interiors are styled after different periods from Tudor to Georgian. There is an interior courtyard. One of the rooms contains panelling from a Jacobean house that originally stood on the site.
The Shilstone restoration may not be to everyone’s taste, but it is an impressive building.
In the Archive building is a small exhibition which includes pictures of ‘before’.